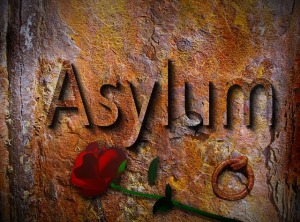 Today June 20th 2017 is World Refugee Day and this is a topic near and dear to my own heart because my parents immigrated to the United States from Afghanistan and if they had not done so, or rather, if they were not allowed to do so, then I probably wouldn’t be here today.

In order to better shed light on this issue  and present you, my dear readers, with some tangible solutions to this heartbreaking humanitarian issue, in this post I will summarize a recent  TED Talk by David Miliband about this issue.

David Miliband is a British Labour Party politician who has been a member of the British parliament and he is the chief of the International Rescue Committee charity.

Causes: (as presented by Miliband in this TED Talk)

Here is the link to the TED Talk

Want to know more about the refugee crisis? Check out CNN’s article on this topic. This article also has a how to help section at the very bottom of the page.

if you’re in the U.S. and want to contact your elected official regarding the refugee crisis or any other issue that you’re passionate about? Click here for some tips and pointers.

2 thoughts on “World Refugee Day: How You Can Help!”

Join 7,744 other followers
Follow A Bit Better on WordPress.com